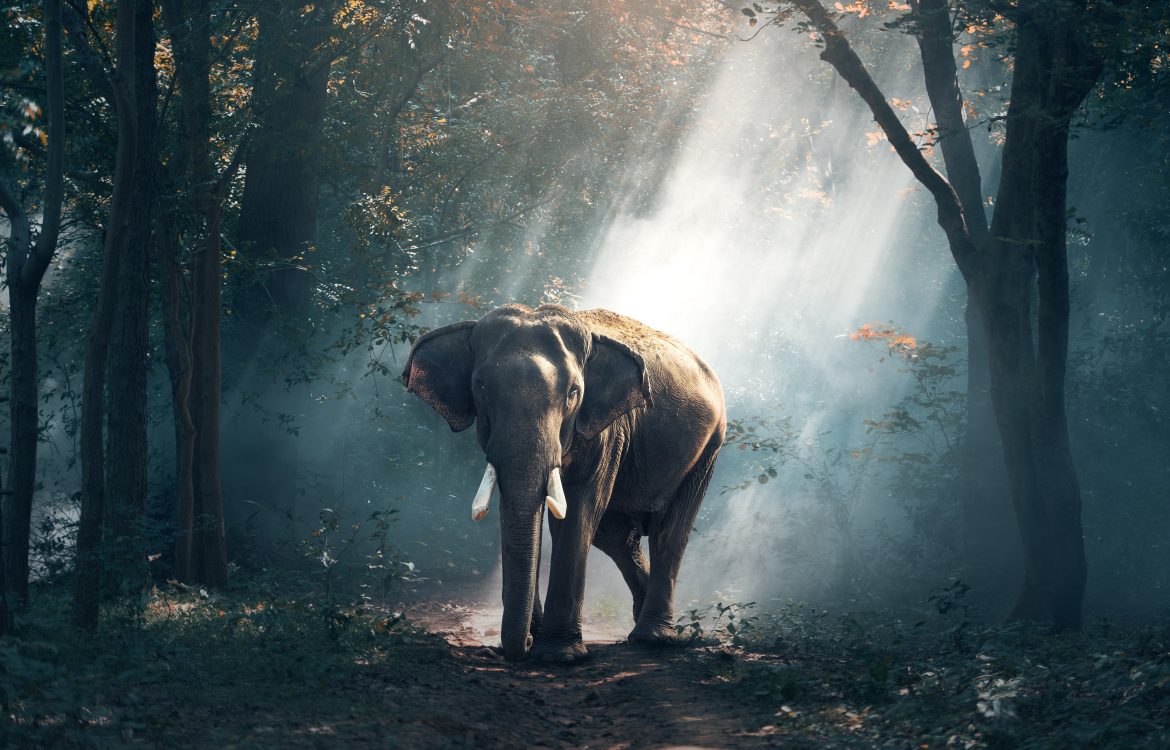 The Feds Mentioned the Elephant in the Room

As I wrote last weekend the Federal Open Market Committee (FOMC) of the Federal Reserve (The Feds as they are known in the hood) was going to release the minutes of its March 14th meeting yesterday, April 6th, and the contents could move the market.  As it turns out, there was something very significant in the minutes – something they haven’t been talking very openly about before now.

I’ve written before about the “hidden” quantitative easing program.  In the initial program the Feds printed money to purchase Treasury bonds to inject money into the economy.  That didn’t work very well, so they started buying mortgage-backed securities, effectively flushing the mortgage system, thus putting money into the pockets of consumers in the form of lower monthly payments, hoping they would spend it.  They did, and the economy finally started to recover.

In December of 2013 the Feds announced an end to the Quantitative Easing program.  They slowly tapered off buying new securities.  With less fanfare, however, they continued a policy of reinvestment.  The securities they had purchased threw off billions of dollars in cash every month in the form of interest payments and payoffs.  While they no longer printed money to buy securities, they did use the cash flow from the securities they still owned to keep buying more, thus continuing to drive down mortgage rates.

And it was rarely discussed publicly, or at least got almost no media attention.

And now the Feds have spoken

The minutes of the March 14th meeting were by and large unremarkable, but one thing stood out.  “Provided the economy continues to perform about as expected, most participants anticipated that…a change to the Committee’s reinvestment policy would like be appropriate later this year.”

They didn’t say they were taking away our toys tomorrow, but we’ve always known it has to end sometime, and that sometime is now defined, and coming soon.

What happens if the largest buyer in the marketplace for mortgages suddenly disappears?  Logic (and the laws of economics) would dictate that interest rates will rise to a new equilibrium, unless private buyers start buying in significantly larger numbers.  So, the question is how much demand is there for mortgage-backed securities in the private market?

Private buyers are stepping up

According to Housing Wire, a real estate-related wire service, the demand by private institutional lenders for mortgage-backed securities has, in fact, increased a bit in 2017, due primarily to the higher yields today’s mortgages are offering.

That’s encouraging, but there’s a long way to go to make up for the demand for mortgage-backed securities that will be lost when the Feds ease out of reinvestment.  On the other hand, the Feds did say they would back out of the market very slowly so as to avoid major economic disruption, and demand for mortgages is way down anyway due to the higher interest rates.

How lower rates could happen

There are only three visible paths to lower interest rates in our future:

If institutional investors suddenly find mortgage-backed securities very appealing because they are convinced inflation is under control and the yield is more attractive than Treasury Bonds, money could move into MBSs, driving mortgage rates down.

If the economy collapses investors would likely shift investment dollars from equities into securities, driving mortgage rates down.  (Especially true if there is a major correction in the stock market.)

If there is a world-wide crisis (economic collapse or war) where the U.S. still looks stable, international institutional investors would probably shift dollars into U.S. Treasuries and mortgage-backed securities.

How higher rates could happen

If the economy continues with moderate growth and the stock market continues gaining value, investors will stay away in droves from mortgage-backed securities until the yield (which equates directly to the interest rate you pay) is high enough to be attractive compared to equities.

If the economy overheats and inflation jumps, investors will not purchase fixed-income securities unless they are outperforming inflation.  So, mortgage rates would have to increase in order the make mortgage-backed securities attractive.

If our economy falters and we have high inflation (think back to the late 1970s) international investors are very unlikely to continue buying U.S.-denominated securities.  With two major players out of the market, yields would have to be very high to attract any buyers at all, and mortgage rates would probably soar.  (In 1981 mortgage rates were in the high-teens.)

There are a million other moving parts to the economy and to the market for mortgage lending, but these are important factors that are all possible in the next year or so.

The essential point today is that the largest buyer of mortgage-backed securities in the world just said that they would consider withdrawing from the market before the end of 2017.  We should be concerned about that.

This article represents the opinion of Casey Fleming, and not necessarily that of C2 Financial Corp. This analysis was prepared with the best information available at the time it was written. Neither Casey Fleming, nor C2 Financial Corp., have any magical insider information about bond markets, real estate markets or mortgage markets that would make economic projections any more reliable than any other source. No warranty is made that the outcome will reflect the projections in this article, and neither Casey Fleming nor C2 Financial Corp. are responsible for decisions that you make regarding your own choices about your real estate or mortgage or those of your clients.