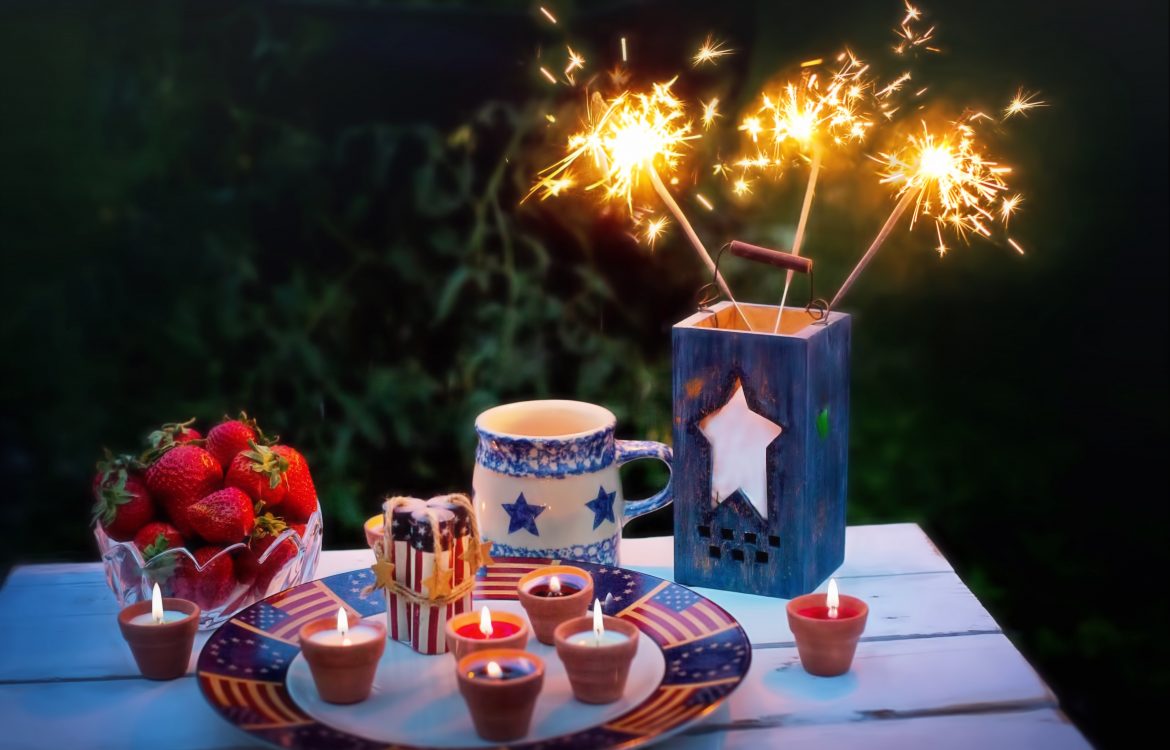 Mortgage Rates Rise for the 4th of July

7/3/2016 | Casey Fleming  Last week I wrote that due to the holiday this week it would be likely that rates would begin to rise by Friday.  As it turns out, Thursday was the big day.  Underlying interest rates edged up ever so slightly Tuesday and Wednesday, and then moved more noticeably on Thursday.  Mortgage rates followed immediately, as lenders never like getting caught behind a rising market, particularly right before a holiday like the 4th of July.

Mortgage Rates for the 4th of July

Looking at the chart above, we can see the 10-year Treasury Bill yield (red line) made a clear move up at the end of last week.  The yield on mortgage-backed securities (blue line) followed on Thursday, but actually came down a tad on Friday.  Think of this number as the wholesale cost of mortgage money.

Predictably the actual interest rates consumers locked at last week (as reported by the Freddie Mac weekly market survey – green line) came down, but remember it is a backward look at rates from Thursday through Wednesday, so it doesn’t include data for Thursday on.  Expect this line to tick back up in next week’s chart.

Looking at the chart above you can see that lender’s margins – the spread between their wholesale cost of funds and what they charge you – held pretty steady last week.  The daily measure dipped on Thursday, but that’s a function of the wholesale rate being backward-looking data, and the retail rate being real-time.  The 3-month average (red line) shows strong stability in the margin.  If this holds, we can expect mortgage rates to rise now since wholesale rates are moving up.

Economic Calendar – Week Before the 4th of July

As I wrote in my last post, this last week was a busy week for economic reports.  On Monday, Durable Goods Orders came in slightly below the consensus forecast, with a decline of 1.1% compared to an expected decline of 0.8%.  Declining durable goods orders is a sign that economic activity could be slowing down.

But more notably the Chicago Fed National Activity Index fell from 5.7 in April (indicating growth) to a negative 0.26 (indicating contraction) for May.  Again, this is not a positive sign.

Tuesday’s reports, however, showed us that housing prices and consumer confidence are still running strong.

On Wednesday, we learned that Pending Home Sales came down slightly in May, but it was a lower drop than April.

Thursday brought the always closely-watched Jobless Claims, which held very steady at 244,000.  However, the GDP growth for the first quarter of 2017 was revised upward from 1.2% to 1.4%.  This is still below the Fed’s target for GDP growth, but it gives us a little hope.

Friday was a huge day.

Personal Income in May rose 0.4%, compared to 0.3% in April.  Consumer spending dipped, however, from 0.4% growth to 0.1%.  Core inflation held very steady at 0.1%.  The University of Michigan’s Consumer Sentiment Index dipped to 95.1, its lowest level for a full month since the election.

Taken as a whole, last week’s reports show an economy that is still expanding, but sputtering a bit and maybe running a little thin on oxygen.

Economic Calendar – Week of the 4th of July

This week is understandably a bit thin on economic reports since it’s a holiday week.  The markets have a short day on Monday the 3rd, and are closed on the 4th of July.

Wednesday bring the Factory Orders report, which is unlikely to be a major surprise.

Thursday we will see Jobless Claims which are predicted to be slightly higher.  We also have the ADP Employment Report for June, which will tell us how the job market is doing.  A strong number could send the stock market soaring and bring bonds down, but it’s not likely.

Rates Should Hold Steady the Week of the 4th of July

Overall, rates should rise very slightly this week as most lenders take a little breather to be with their families.  Low trading volume throughout the week is likely to keep mortgage rates slightly elevated.  The week after the 4th of July will also be light on economic reports until the middle of the week, when Janet Yellen is expected to testify before Congress.

Barring unforeseen news events, look for locking opportunities Monday and Tuesday the week after the 4th of July.  And remember, despite the recent upward movement, rates are still very close to their lowest point since the election, and from an historical perspective, ridiculously low.